How would you ‘Score your Boss’ ? 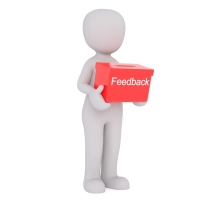 A recent Industry study identified that the for 71% of workers, the first thing they do when they go home after work/pick up the phone to their partner, is to complain about their Boss. 3,000 workers were asked to rate the relationship with their employer, with the average score being 6.6 / 10, which is very concerning when your Boss/Manager plays such an important part in satisfaction & happiness at work.

The figure does vary between industries, with healthcare workers a lowly 3.8/10,  IT employees scoring 7.3/10 and with some regional variations, with the South West scoring highest and the North West lowest in the UK. The Print Industry element scored a lowly 4.6/10 and whilst undeniably there are some unique pressures in our arena, there are a number of things that we can focus on in order to boost morale, productive efficiency & critically, staff retention.

Interestingly, when asking Employers to vote on their perceived relationships with Employees, it came out at an average of 6.8/10, which serves to compound the figure that only 1/3 of Employees believe their Employer does enough to keep spirits up, compared to 1/2 of Employers believing they are doing more than enough to boost morale, so where is the disparity, is it Management delusion, or un-realistic Employee expectations ?

It’s a proven fact, happy workers are more likely to stay at a Company and the role that a Manager plays in happiness/satisfaction at work is critical. Fortunately, there are a number of easy things that Companies can do to improve the worker / manager relationships, highlighted by the key comments of workers who had been with their Company for a number of years about why they stayed….

So take a minute to think carefully about this….as an Employee, how would you score your Boss and equally, if you mange others, how do you think they would score you and what do you think could be improved to drive greater productivity, efficiency or staff retention across the Business ?